Engines of War is a mission in the 2nd act of the base game. It sees the heroes leading a raid through swampy terrain into a Skaven warcamp hidden in the Reikland Forest. Their primary target is to destroy the Skaven's Engines of War (also known as Doomwheels). After completing the mission they retreat to a river-side village to escape with Oleysa's ship after withstanding an aggressive Skaven counterattack.

The first Tome can be found by going left once you exit the cave and cross the rope bridge. It is behind some trees near the ledge, within a mushroom circle.

The second Tome is located to the right side of a raised walkway upon entering the broken-down temple following the Doomwheel event. You can either take the right-most path and stay right to arrive at this raised walkway or make a slightly challenging jump from the nearby window to the raised walkway as a shortcut.

The third Tome can be found before the town at the very end. Go the opposite way (to the right as you drop down from the cliff area) and you'll find it near the map border.

The first Grimoire is hidden in the first cave you enter after the initial swamp area. Stay to your left to find a small tunnel to an outside area. Jump and clamber your way along the left edge of the outside area to find the location.

The second Grimoire is placed a bit before the third tome. Once you're in main courtyard of the destroyed temple, look for a wall with grated openings in it and a large tree that leans against it. Walk up the roots of the tree to jump over the wall. Head left and you'll find the grimoire in a small alcove.

Engines of War is a long map, and both events can turn ugly if the team gets split up. Typically you'll face one ogre and one stormvermin patrol on this map, so look to have some anti-ogre weaponry and a saved strength potion that can be shared, if possible.

During this event, the heroes must shuttle explosive barrels from their initial location in the back of a wagon to three Doomwheels located along the periphery of the area. Unless your team is clearly "overpowered" relative to the game difficulty, or you're attempting to finish the map in record time, it is highly advised to run each barrel to its destination as a group of four. As usual, it is very important to try to avoid being caught fighting in the open. If your group is attacked while in transit, toss the barrel to safety and then get your collective backs to the nearest wall to limit your exposure. In the main clearing (where the barrels are) you can find shelter from specials and some natural rat funnels underneath the wooden platforms. The destruction of each Doomwheel triggers a horde, so be forewarned.

Once all three Doomwheels have been destroyed, a large gate will open allowing the team to exit the area. Because your team may be low on ammo at this point, and there is no guaranteed resupply before the end of the map, it is common practice for the team to make a short detour to top up on ammo at the crate on the wooden platform before leaving the area.

To finish this map, you must summon your getaway boat by ringing the town bell. This loud signal will trigger several waves of Skaven that will attempt to punish you for breaking their toys. Defending against the waves can be difficult. Here are three common strategies in order of most to least difficult: 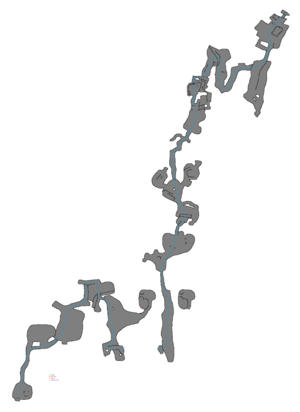 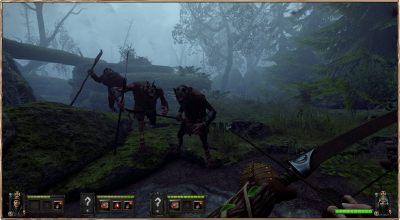