Garden of Morr is a mission in the 2nd act of the base game.

The first Tome can be found before the Garden of Spirits. It's below a statue on the right wall.

The second Tome is located in the vast area with crypts. There is a sewer like opening and the tome is at the end of it.

The third Tome is hidden in the maze and can be found by sticking to the right side till hitting a dead end.

The first Grimoire can be found shortly after acquiring the first Tome. It's hidden on an arch to the right of the drop down which after leaving the area with a lot of crypts. It can be reached by jumping or backtracking after walking up the stairs coming up later on.

The second Grimoire is hidden in a coffin right before dropping down into the maze. Instead of dropping down, turn around and search for an empty coffin. 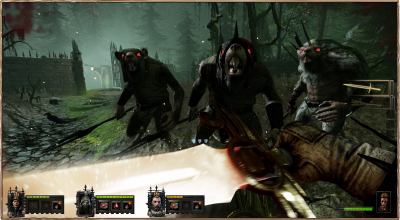 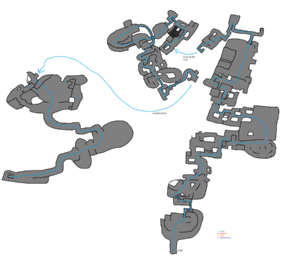